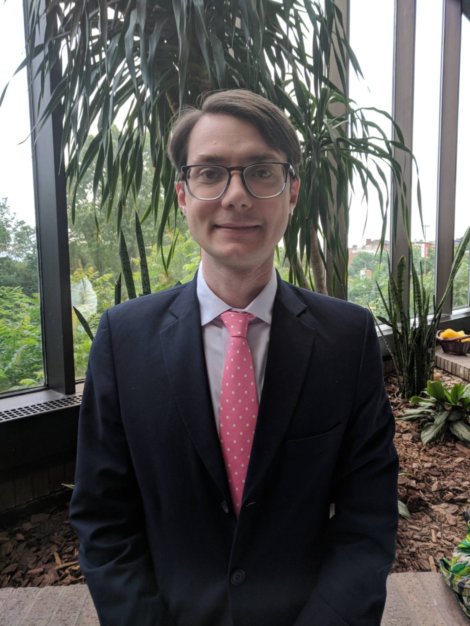 Mr. Schuyler C. Cunningham, MSW, LICSW (DC), LCSW-C (MD), LCSW (VA), Board Certified Diplomate, is an expert ADHD practitioner and award winning Social Worker. He specializes in assessments, evaluations, and treatment.  He also trains other mental health providers in ADHD assessment, Brain Maps/qEEGs, and treatment at the Center. In addition to founding the Center for Neurocognitive Excellence, he practiced at the National Institutes of Health in Bethesda, MD, where he was a Principal Investigator investigating traumatic stress in people with cancer, chaired the Research Committee for the Social Work Department and provided counseling to people being treated at the Clinical Center. While at NIH, Schuyler was awarded two Director’s Awards and the Deborah Dozier-Hall Award for Excellence in Social Work Education. Additionally, he holds a Consultant certification in Eye Movement Desensitization and Reprocessing (EMDR) and uses brain mapping and neurofeedback as well as a variety of other approaches to create safe and individualized care for each client. Mr. Cunningham is a sought after speaker and has published on various aspects of mental health counseling. Mr. Cunningham obtained his Masters in Social Work from the National Catholic School of Social Service at the Catholic University of America and holds advanced social work licenses in DC, Maryland, and Virginia. Illustrative List of Publications and Presentations:

Ms. Lauren Horton is a, Licensed Professional Counselor (LPC) and National Certified Counselor (NCC) in Washington D.C. She uses a culturally aware pluralistic approach when helping clients progress towards their therapeutic goals and helping clients increase awareness, harmony and balance in their lives. Lauren uses a variety of techniques from Afrocentric, Attachment, and Solution-Focused theories. Lauren also currently practices at The George Washington University Student Counseling Center and has worked at Fairfax County Anger and Domestic Prevention Treatment Program and Harrisonburg’s Batterer’s Intervention Program. She has advanced training in Mindfulness and Motivational Interviewing as well as is a Certified Ambassador for the Virginia Department of Veterans Services. Lauren also has experience leading psychoeducational groups that focused on healthy and interpersonal relationships, regulating emotions, and teaching mindfulness. Lauren has a serious interest in resilience, self-compassion, and mental toughness.  She received her Master’s Degree in Clinical Mental Health Counseling from Marymount University and her Bachelor of Science in Psychology from James Madison University and is proficient in Spanish. 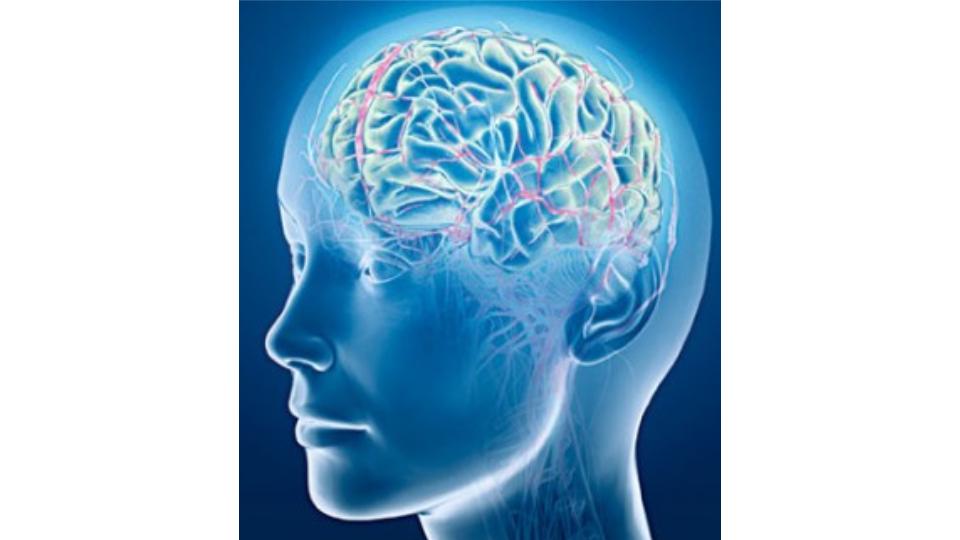 Ms. Sophia Gruden, LGPC is a counselor, under the supervision of Schuyler Cunningham and Lauren Horton, and life coach who trained with Martha Beck Institute. She is also trained in neurofeedback with a specialty in infra-slow fluctuation training. Before becoming a therapist she was an Art Director and designed projects for HGTV, TLC, Style, and Discovery channels.  Ms. Gruden is currently pursuing her Doctor of Psychology at George Washington University. Her research interests include personal trauma and the physiological and somatic manifestation. She incorporates the works of Drs. Bessel Van der Kolk and Peter Levine and the expressive arts as therapeutic mechanisms for healing trauma in to her practice. Mr. Gruden obtained her Masters of Science in Counseling at Johns Hopkins University. In her free time, she enjoys painting, sculpting, and nature walks with her family. Mr. Gruden speaks French and enjoys engaging with different languages and cultures. 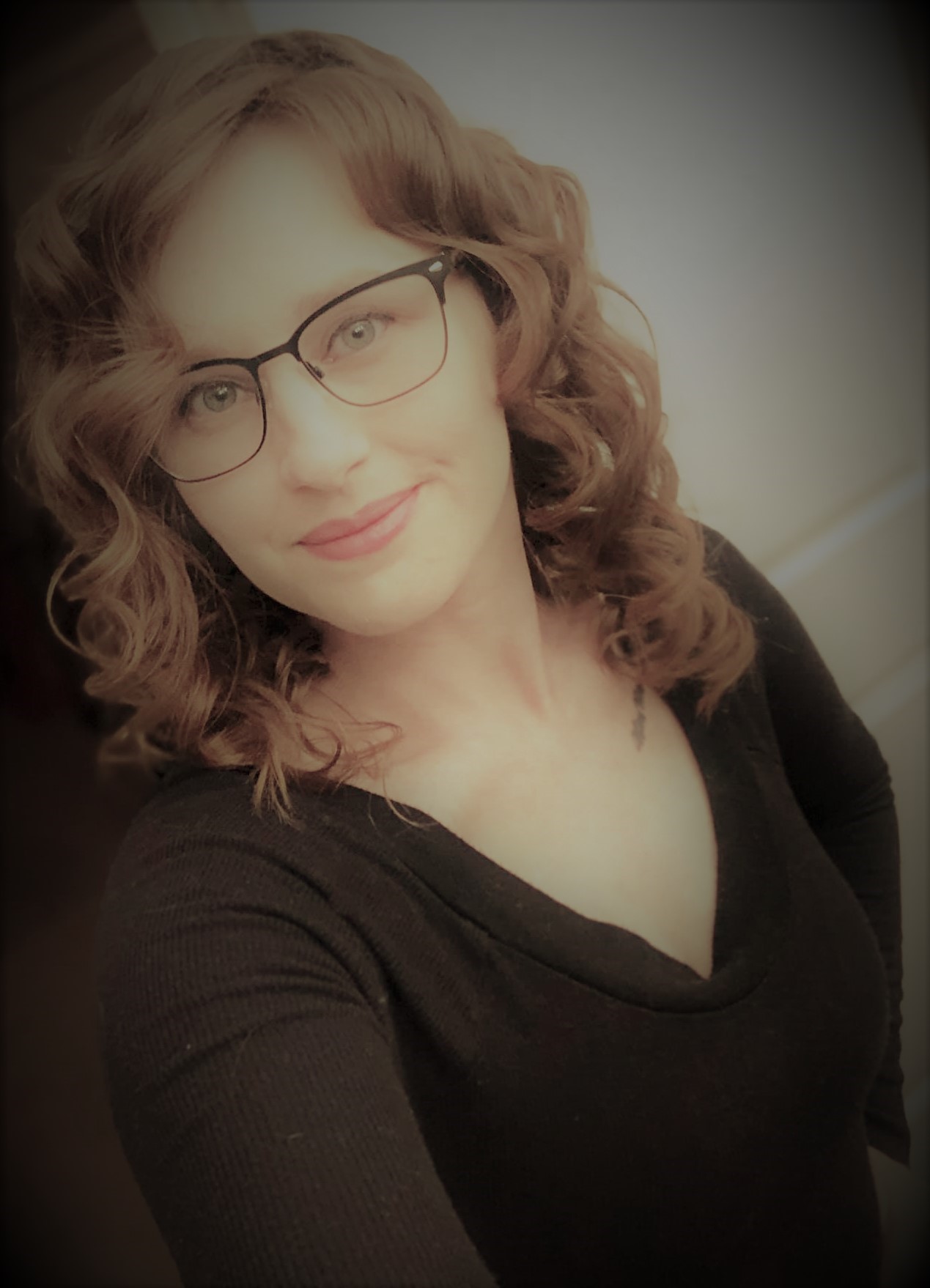 Ms. SamanthaJo Beatty (SamJo) is a certified Director of Clinical Quality and national EHR government guidelines trainer who has been working in healthcare for 16 years. She began her career as a paramedic, then moved into a medical front and back office setting as a Certified Medical Office Manager and Registered Nurse working her way through each position until she reached Operations Management.  Ms. Beatty prides herself on knowing our  practice inside and out so she can jump in at any time to help staff members and clients.  Ms. Beatty’s passion and knowledge of the mental health and medical fields makes her a sought after Director of Healthcare Operations throughout the United States. 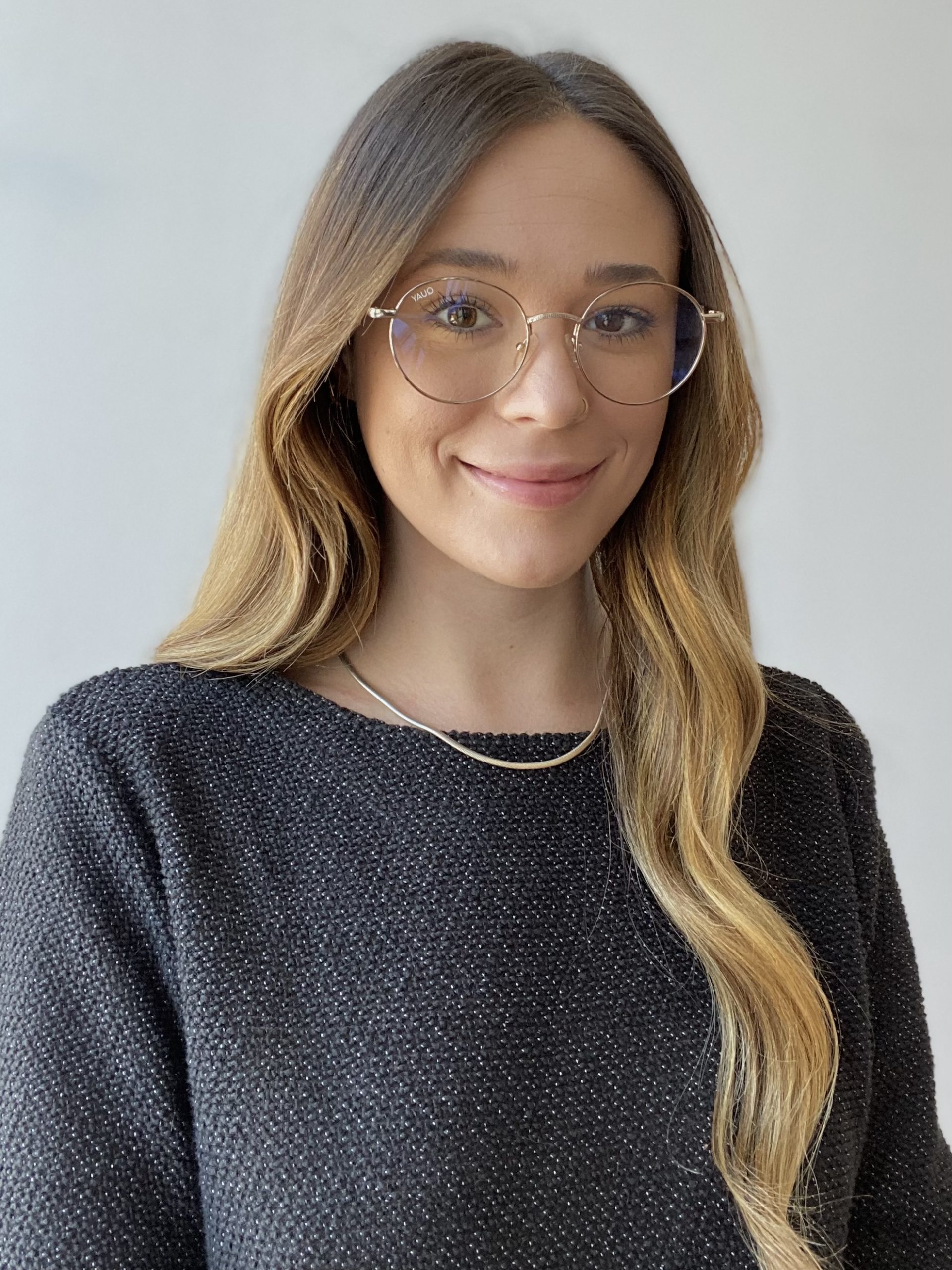 Ms. Calli Bianchi, M.Ed., LGPC is a therapist, under the supervision of Schuyler Cunningham and Lauren Horton, an Eye Movement Desensitization and Reprocessing (EMDR) provider, and a certified nutrition coach. Ms. Bianchi’s experience includes providing assessments and counseling with adults and adolescents. Most recently she worked at the Sheltercare Program of Northern Virginia where she provided counseling and curriculum development for adolescents in short and long-term residential settings including psychiatric units and court-ordered programs. Ms. Bianchi assisted in teaching an Introductory Research Methods course at the University of Tennessee, where she obtained her undergraduate and graduate degrees. She is a co-author of a pending publication focusing on the influence of prosocial motivation on prospective memory. Ms. Bianchi is a Certified Nutrition Coach by the National Academy of Sports Medicine. She is also the past President of the University of Tennessee’s chapter of The International Honors Society in Psychology (Psi Chi). Ms. Bianchi utilizes a client-centered approach combined with cognitive solution-focused interventions to help her clients make progress toward their psychological and nutritional goals. 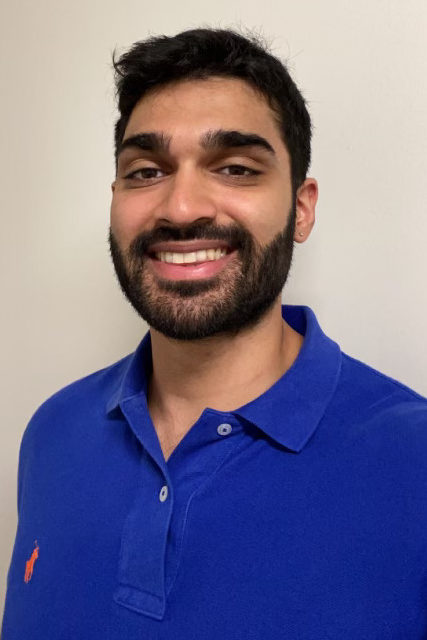 Mr. Siddarth (Sid) Mathur is a Neurofeedback Technician and graduate of the George Washington University. He majored in Neuroscience and minored in Exercise Science and Biology. Before joining DCNE, Sid worked as a Psychiatric Counselor at the Psychiatric Institute of Washington (PIW) and as a Medical Scribe. Sid is a Nationally Certified Peer Recovery Support Specialist. At PIW, Sid led psychoeducational groups with people in recovery that focused on the mechanism and treatment of addiction. He has also held jobs as a Laboratory Technician and Line Cook. Sid’s goals are to pursue a medical degree with a concentration in psychiatry and to help further advance our knowledge of mental health. 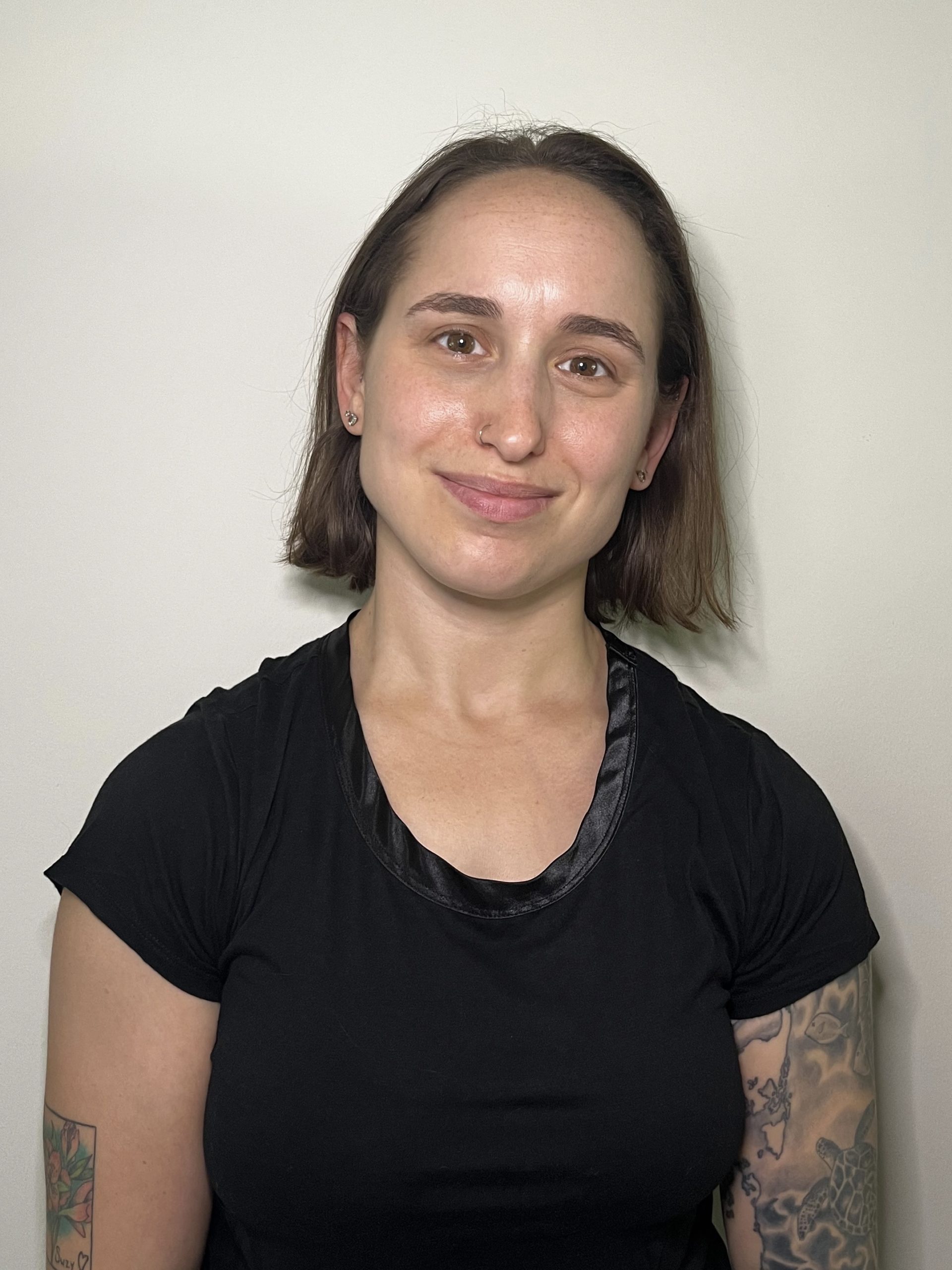 Ms. Jess Stern, LGPC, NCC, M. Ed. is a therapist licensed in DC and MD and is under the supervision of Schuyler Cunningham and Lauren Horton. Ms. Stern is trained in Eye Movement Desensitization Reprocessing (EMDR), Dialectical Behavioral Therapy (DBT), as a group therapy facilitator for people experiencing addictions, and has experience working closely with the LGBTQ population. Prior to joining DCNE, Ms. Stern worked for DC Public Schools in the field of special education including conducting vocational rehabilitation assessments. She also completed a year-long clinical internship at the Whitman Walker Health Clinic focusing on trauma informed mental health care. Ms. Stern obtained her Masters of Clinical Mental Health Counseling and Masters of Special Education and Transition Services from The George Washington University and her Bachelors of Art in Psychology and Bachelors of Science in Education and Human Development from The University of Miami. In her free time, Ms. Stern enjoys rock climbing, live music, and traveling abroad.